The Different Science Applications of Terahertz Imaging You Need to Know

Because of the immense improvements and developments in the technology employed with semiconductors along with the improved search for new materials, the limits of THz regions grew from a very limited one when it first started. Furthermore, it opened many doors to different science applications in notable industries. The use of a Terahertz camera can be seen applied in the fields of wireless communication, personal and homeland security, food and beverage, medical diagnostics, and even in the production of ceramics.

In only a few years, terahertz imaging had a few significant breakthroughs. This is all thanks to the continuous development of materials that resulted in the production of terahertz sources that are more powerful and contains higher sensitivity. Below are some applications of terahertz imaging you should know.

The application of THz imaging in the field of astronomy has significantly improved because there was an increased interest in the remote terrestrial sensing at 1 THz so images can be obtained from different astrophysical sources. There was also an increasing demand for the interpretation of data from these astrophysical sources under the THz light. 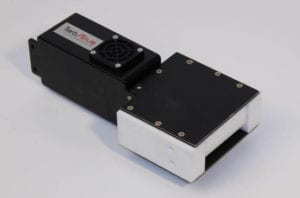 IoT or Internet of Things

By the end of 2016, the IP traffic from all around the world has exceeded the current zettabyte limit. Moreover, it is predicted to be at an average of 2 zettabytes a year from 2019. In addition to all of this, traffic from mobile devices and other wireless sources will be more than those that are coming from wired sources.
Because of this extremely high demand for data, there is also a directly proportionate rise in the demand for higher frequency bands that can transmit data in huge volumes in order to meet the needs of the consumers around the world.

One of the most advantageous benefits of THz imaging is that it allows the efficient scanning of opaque packaging for its content without having to unpack or destroy the package. This is why THz imaging is now widely used in a lot of security screening applications, FMCG packaging, in the quality control stage.

One notable application is the detection of potential explosives and/or illegal drugs even from a distance. The concept is to analyze the reflected signal from any suspected object and then identifying the composition using the material’s signature.

What differentiates THz imaging from X-ray is that there are no ionization effects with terahertz radiation. Meaning, it is extremely harmless to humans and this makes T-rays very promising in any medical imaging process.

Moreover, there are a lot of other technologies that are non-ionizing that are in development. Most of them are in their initial stages and there are still a few drawbacks that prevent them from being perfect. It is predicted that nanotechnology will have a heavy influence on a person’s lifestyle and it will drastically change the ways that medical practices are done. The development of the concepts that uses techniques that are based on nanotechnology is important in the efforts of overcoming the challenges and limitations in the usage of Terahertz camera.